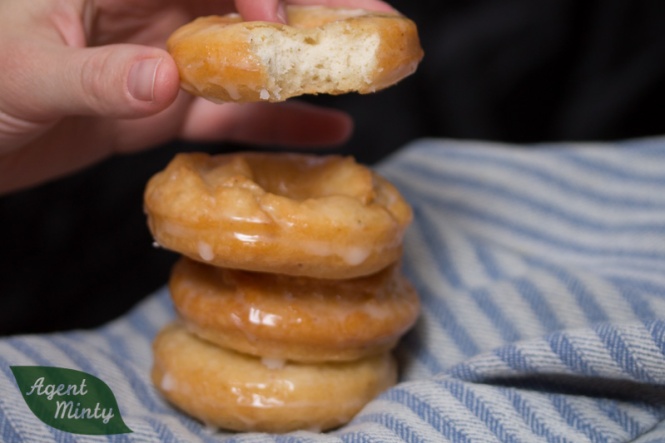 It’s national donut day and if you have the time tonight, celebrate by making donuts! These tasty guys are my favourite kind – old-fashioned cake donuts with a generous pinch of nutmeg, and a nice vanilla glaze.

These are a vegan version of what Tim Horton’s “sour cream” donut could be if they really tried to elevate their donuts.

They do need to be fried in oil to get that crinkly, tasty texture, but even so they are a simple recipe to make. Blend, whisk, mix, rest, roll, cut, fry, glaze. Eat, eat, eat.

You will obviously get a bunch of donut holes, too, but we ate all the ones I made before I took the pictures. Oops! 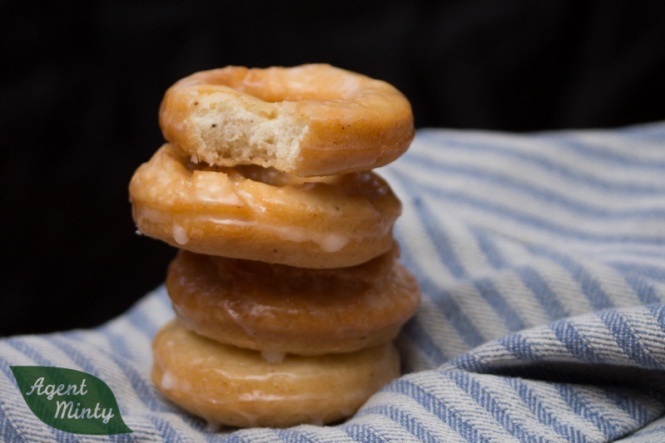